Things You Should Know About Monkeypox

You are here:
Crisis 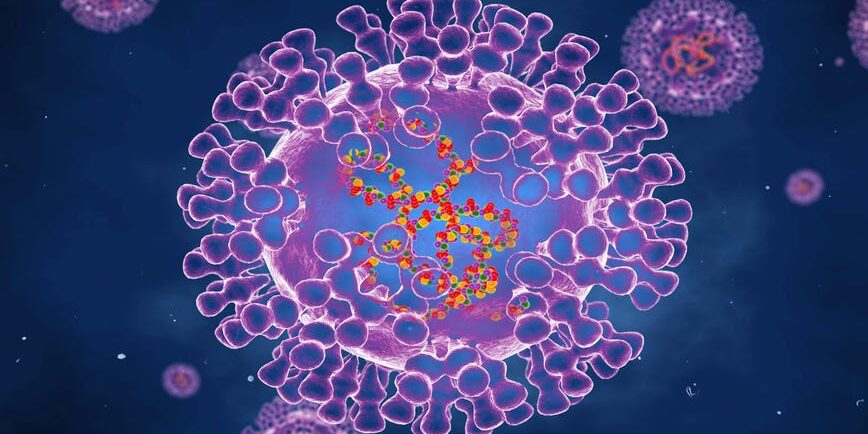 The US confirmed a case of monkeypox in a man from Massachusetts who’d recently traveled to Canada, the US Centers for Disease Control and Prevention announced Wednesday. The man was hospitalized and in good condition, Massachusetts health officials said, adding that there’s no risk to the general public at this time.

Monkeypox is a disease caused by an orthopoxvirus, which belongs to the same family as the viruses that cause smallpox and cowpox. Monkeypox is endemic in West and Central Africa, and reports of it are rare in the US, but not unheard of. (There were two reported cases last year, and 47 cases in 2003 in an outbreak linked to pet prairie dogs.)

Pockets of monkeypox cases have also been detected in Canada, the UK and other European countries. Health officials are monitoring the newer clusters of cases – especially in the UK – because some of the cases haven’t been linked to travel, indicating an unusual community spread in countries that haven’t previously been impacted by the disease.

“With the number of cases that have been diagnosed in other countries, it was only a matter of time before there was a case in the United States,” said Dr. Amesh Adalja, an infectious disease expert and senior scholar at the Johns Hopkins Center for Health Security.

Adalja says there’s no general threat from the monkeypox in the US at this point, but scientists are trying to “get a handle on what’s happening epidemiologically” to explain why the small outbreaks appear different from other outbreaks that’ve occurred outside of Africa, where most cases have been concentrated.

“I think it’s something to watch and see how extensive the spread may be, but there’s no reason for alarm or panic over any of this,” Adalja said. Monkeypox isn’t new, he added, and we already have some tools to stop the spread, including vaccines.

Here’s what we know.

Monkeypox is a zoonotic disease, which means it’s transmitted from animals to humans. It’s caused by an orthopoxvirus, which also causes smallpox.

Monkeypox was first discovered in the 1950s in colonies of monkeys that were being researched, according to the CDC, but it’s also been found in squirrels, rats and other animals. The first human case was discovered in 1970.

How is monkeypox spread?

Monkeypox spreads between people primarily through respiratory droplets, according to the CDC, but it can also be spread through broken skin or a mucous membrane (as in your eyes or mouth). Contact with bodily fluids, including the fluid or material in the lesions or “pox” someone with monkeypox can develop.

Many of the people who were exposed to monkeypox in countries that don’t normally have monkeypox cases, including Portugal, Spain and the UK, were men who have sex with men, according to the CDC news release. Close contact with a sexual partner could expose you to their respiratory droplets or sores if they have them.

What are symptoms of monkeypox?

Symptoms of monkeypox in humans are similar to (but usually milder than) smallpox, which the WHO declared eliminated in 1980.

A monkeypox infection usually begins with flu-like symptoms, including fatigue, intense headache, fever and swollen lymph nodes. Within one to three days of a fever developing, according to the CDC, a rash typically develops on the face and spreads. The lesions, or “pox,” will start to fill with puss, then eventually scab over and fall off.

Illness typically lasts for two to four weeks. The incubation period is typically seven to 14 days but ranges from five to 21 days, per the CDC.

Importantly, said Adalja: “Monkeypox is not contagious during the incubation period, so it doesn’t have that ability to spread the way certain viruses like flu or SARS-CoV-2 can.”

Is there a vaccine for monkeypox?

Yes. The US Food and Drug Administration has approved JYNNEOS specifically to prevent monkeypox. But because monkeypox is so closely related to smallpox, vaccines for smallpox are also effective. The US has stockpiles of these vaccines, Adalja said.

In the UK, higher-risk contacts of people who have monkeypox have been offered vaccines. This type of targeted vaccination is what Adalja calls “ring vaccination,” where health officials isolate the infected person and vaccinate their close contacts to stop the spread. Antivirals that work against smallpox would also have an impact against monkeypox, he said.

The information contained in this article is for educational and informational purposes only and is not intended as health or medical advice. Always consult a physician or other qualified health provider regarding any questions you may have about a medical condition or health objectives.